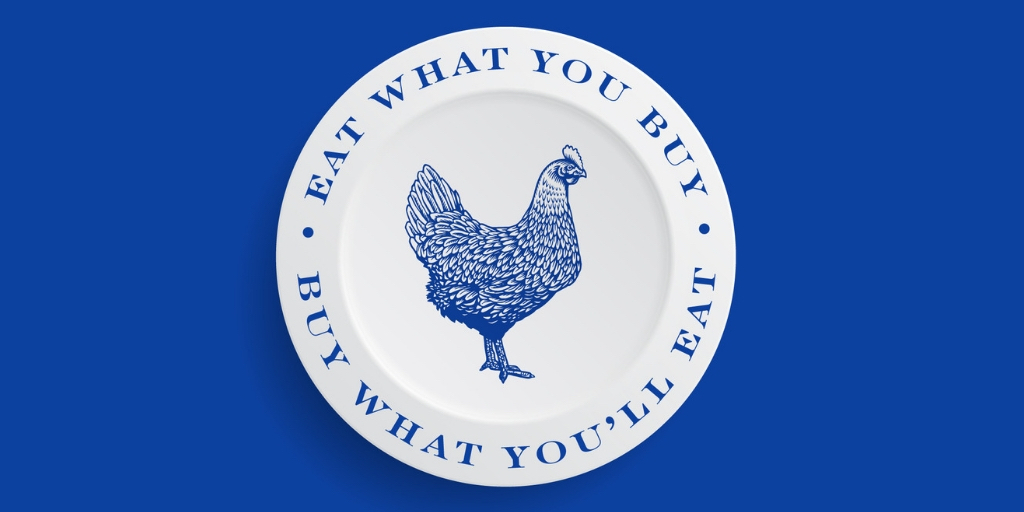 I was chuffed to be invited recently to the Step up to Plate food waste symposium at the Victoria & Albert Museum in South Kensington. Hosted by Britain’s Food Surplus & Waste Champion, Ben Elliot “wasting food is an environmental, moral and financial scandal”, alongside UK’s Environment Secretary (Michael Gove, “we should celebrate food and what it means in all our lives. Food is a source of joy to so many, something precious that we should hate to waste it”), the event supported the drive to raise awareness of the need to reduce food waste and to implement climate-friendly change.

The symposium attracted “major players from the worlds of food retail and hospitality, along with social media influencers and chefs” - DEFRA Press Release. As well as the impressive speakers, I had the pleasure of meeting the wonderful Angela Hartnett, the legendary Ken Hom and award winning author and food waste campaigner, Tristram Stuart. I’d recommend Ben’s short newspaper article - How to Beat Food Waste - it says more than I could say.

I left the event energised by the enthusiasm of so many participants, whose message and confidence was uplifting, but also truly inspired by the marvellous Victoria & Albert Museum itself. Those two Victorians left great monuments and planted great traditions in our lives. Victoria reigned through an era of British history rarely equalled in its development of trade and science. Albert, her beloved German husband, the inspiration for much of how we all now celebrate Christmas.

That mid-19th Century museum and its message made me wonder about our own legacy for future generations. In the short term, as isolated individuals, you and I will hardly leave mammoth carbon footprints, and reducing and eliminating food waste can seem futile. But we all make some contribution, for good or otherwise. Michael Gove’s message recognised food as a source of joy and to be celebrated. That is how Smart Store Cooking became so involved in food waste prevention, we knew that food is fun and realise that there’s no fun in excess. We choose to support the greater movement, that sees and stops the slide into shambles.

Just as the Victorians left us their legacies, we can leave the right message and monument. Whatever about the thrill of mingling with the great and good in London, I think that our real contribution and true message is a postcard into the future that says “Having a lovely time, I hope we left the place in good order, XX”.